"A jewel in question of AI with all its sub-areas"

We advance and democratize AI in a responsible way

"The science and engineering of making intelligent machines, especially intelligent computer programs"
-John McCarthy, one of the founders of AI

We develop novel AI algorithms for

in fundamental methodologies and novel innovative applications for the benefit of society and economy in areas such as industry 4.0, text understanding, automotiv, constructions, traffic predictions, plant phenotpying, human cognition, ...

Our core AI areas are

AI•DA mission.
Artificial Intelligence at TU Darmstadt (AI•DA) is an initiative of several reserach groups at the TU Darmstadt to coordinate and advance core AI research. According to John McCarthy, one of the founders of the field, AI is "the science and engineering of making intelligent machines, especially intelligent computer programs. It is related to the similar task of using computers to understand human intelligence, but AI does not have to confine itself to methods that are biologically observable." So, how can computers reason, learn and act? How can computers learn with less help from us and data? How can computers understand images and natural text? How can robots learn to act? What are the computational principle underyling human cognition? And what can machines learn from this? Can AI be made understandable by us? How can intelligent machines and robots cooperate and interact with us in the loop? These are just few examples of the scientific questions AI•DA is addressing in the unique environment provide by the TU Darmstadt, its Computer Science Department and its Centre for Cognitive Science. So, if your are interested in AI research, please do not hesitate to contact us.

More information in German can also be found at the "Kompetenz in Künstlicher Intelligenz" page of the TU Darmstadt.

Produced March 16, 2019. This clip is up to about 7MB in size. Playing it will cause this file in its entirety to be downloaded.

Over the past years, AI research of AI•DA members has consistently been in the national and international spotlight. In the past few years, many AI•DA members have been recognized for their excellence in research.

Editorial work. AI•DA members are editors-in-chief of the Data Mining and Knowledge Discover (DAMI) Journal and the Machine Learnng and AI section at Frontiers in Big Data. They are editorial members, often action and associate editors, of many of the leading AI(-related) journals such the Journal of Artificial Intelligence Research (JAIR), the AI Journal (AIJ), the Machine Learning Journal (MLJ), the Journal of Machine Learning Research (JMLR), IEEE Transactions on Pattern Analysis and Machine Intelligence (TPAMI) and the Data Mining and Knowledge Discovery Journal (DAMI).

Projects. AI•DA members have been involved in major projects of the European Commission (EU), the German Science Foundation (DFG), the Federal Ministry of Education and Research (BMBF), the Federal Office for Agriculture and Food (BLE), the German-Israeli Foundation for Scientific Research and Development (GIF) and many more such as a Google Faculty Research.

AI•DA is the #1 German and the #2 European institution for AI, according to csrankings.org

The website CSRankings.org publishes its rankings of Computer Science Schools based on the number of publications by faculty that have appeared in the most selective conferences in each area of Computer Science. The rankings are designed to identify institutions and faculty actively engaged in research across a number of areas of computer science. The AI•DA members were ranked #1 in Germany, #2 in Europe and among the top 25 institutions world-wide in the combined areas of Artificial Intelligence, Computer Vision, Machine Learning, Natural Language Processing, and Robotics. 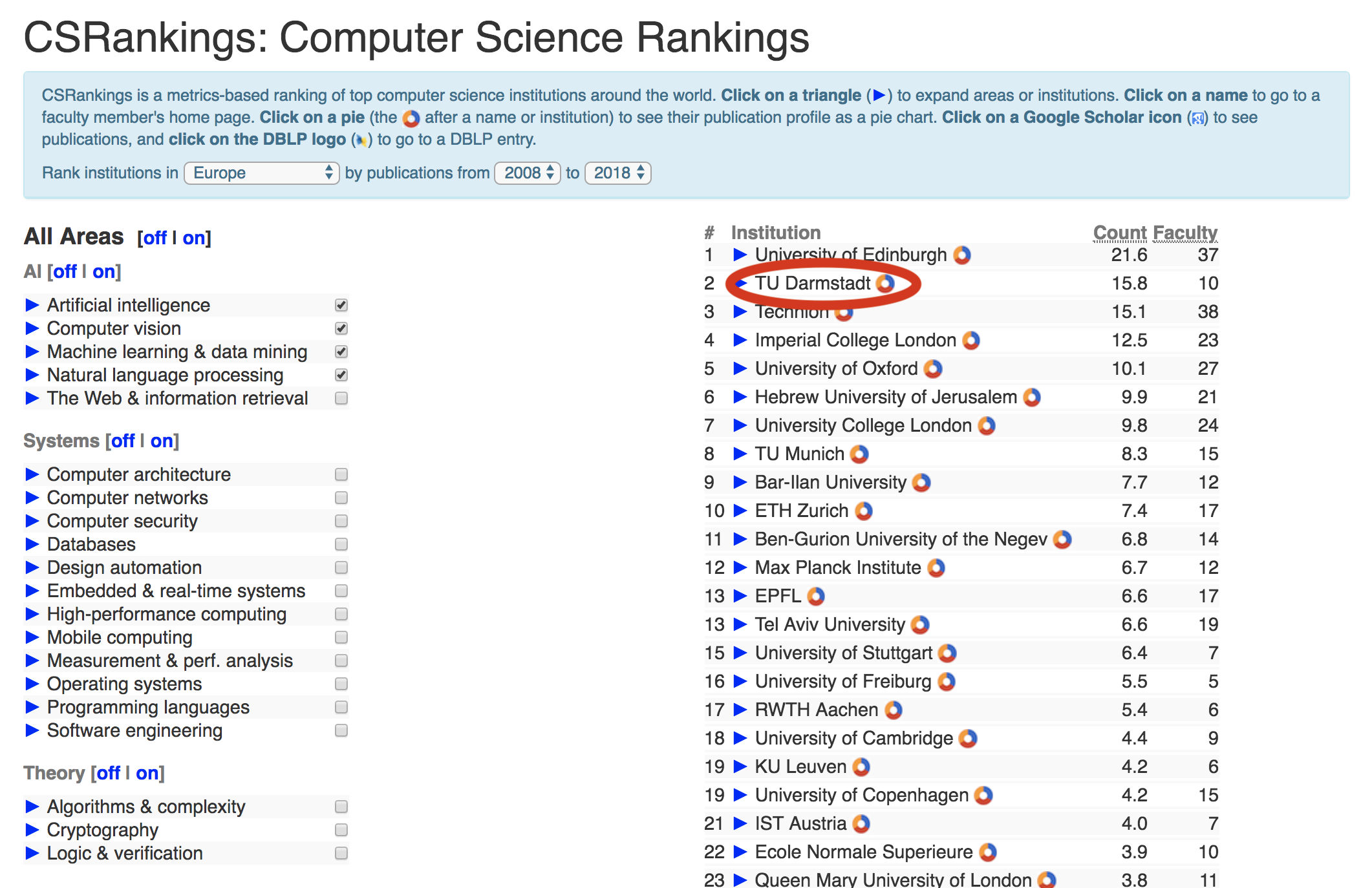 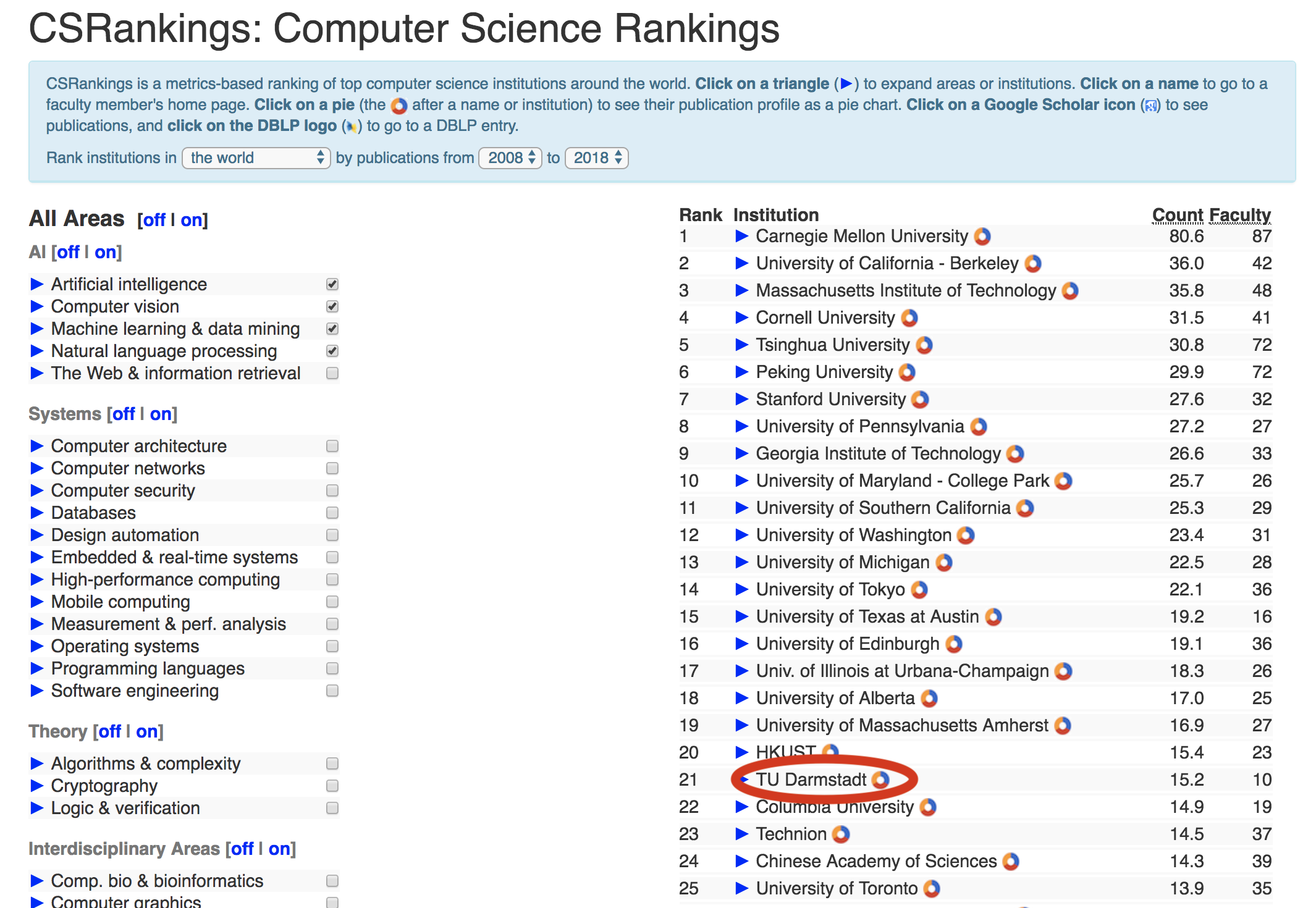 Despite the strong industrial interest and massive contributions from companies like Google, Microsoft or Facebook, the 2019 International Conference on Machine Learning remains an academic conference. Summing up the relative contribution of academia and industry for all papers (i.e. number of industrial/academic affiliations divided by number of total affiliations per paper) [1], 77% of the contribution are from academia such as the TU Darmstadt. Researchers from the TU Darmstadt have co-authored six papers at ICML 2019, and the research will be presented in oral paper and poster sessions. The researchers from the TU Darmstadt are also organizing and participating in workshops throughout the conference. The low acceptance rate of 23% allows to keep highest quality of all accepted and peer-reviewed papers.

These numbers show that the TU Darmstadt succeeds in its mission of being a leading AI university not only in Europe but also in the world. Actually, the TU Darmstadt is the only University from Germany among the Top 50 contributing academic institutions at ICML 2019 (https://i.redd.it/37hxhsmfzix21.png"): 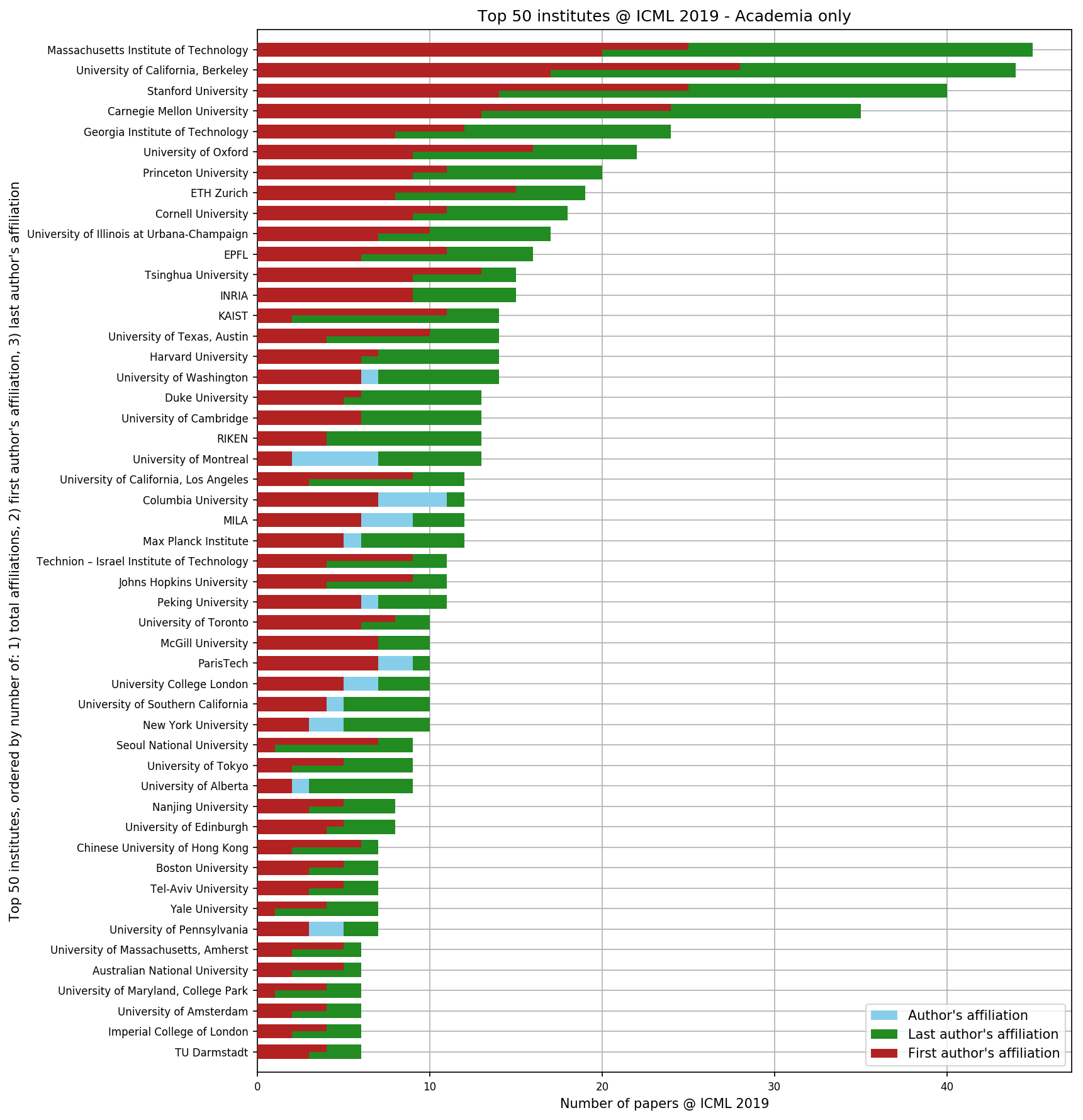 The image is due to [1] and shows the top contributing acadmic institutions of ICML 2019.

According to an article in the 8/2017 issue of the Manager Magazin, AI•DA is part of the Brain Valley, an AI hotspot of research, industry and startups in the southwest of Germany:

What are Artificial Intelligence (AI) and Machine Learning (ML) ?

Big Data is no fad. The world is growing at an exponential rate, and so is the size of data collected across the globe. Data is becoming more meaningful and contextually relevant, breaks new ground for machine learning (ML), in particular for deep learning (DL), and artificial intelligence (AI), and even moves them from research labs to production [1]. The problem has shifted from collecting massive amounts of data to understanding it - turning it into knowledge, conclusions, and actions. Multiple research disciplines, from cognitive sciences to biology, finance, physics, and the social sciences, as well as many companies believe that data-driven and "intelligent" solutions are necessary in order to solve many of their key problems. However, are AI, ML and DL really the same things, as suggested by many recent news, blogs and media? For example, when AlphaGo [2] defeated South Korean Master Lee Se-dol in the board game Go in 2016, the terms AI, ML, and DL were used in the media to describe how AlphaGo won. AI and ML are very much related.

According to, e.g., Stanford's John McCarthy [3], one of the founders of the field, AI is "the science and engineering of making intelligent machines, especially intelligent computer programs. It is related to the similar task of using computers to understand human intelligence, but AI does not have to confine itself to methods that are biologically observable." This is fairly generic and includes all kinds of tasks such as abstractly reasoning and generalizing about the world, solving puzzles, planning how to achieve goals, moving around in the world, recognizing objects and sounds, speaking, translating, performing social or business transactions, creative work (e.g. making art or poetry), and controlling robots. And, the behavior of a machine is not just the outcome of the program, it is also affected by its "body" and the enviroment it is physically embedded in. To keep it simple, however, if you can write a very clever program that has, say, human-like behavior, it can be AI. But unless it is automatically learned from data, it is not ML: ML is the science that is "concerned with the question of how to construct computer programs that automatically improve with experience", following, e.g., CMU's Tom Mitchell [4].

So, AI and ML are both about constructing intelligent computer programs, and deep learning, being an instance of machine learning, is no exception. Deep learning [5, 6], which has achieved remarkable gains in many domains spanning object recognition, speech recognition, and control, can be viewed as constructing computer programs, namely programming layers of abstraction in a differentiable way using reusable structures such as convolution, pooling, auto encoders, variational inference networks, and so on. That is, we replace the complexity of writing algorithms that cover every eventuality with the complexity of finding the right general outline of the algorithms - in the form of e.g. a deep neural network - and processing data. By virtue of the generality of neural networks - they are general function approximators - training them is data hungry and coming up with the right architecture and data is notoriously difficult. Benchmark training sets for object recognition store hundreds or thousands of examples per class. Learning to play video games may require hundreds of hours of training experience and/or very expensive compute power. In contrast, writing an algorithm that covers every eventuality of a task we want to solve - say, computing the shortest way to get to an airport - is a lot of manual work but we know what the algorithm does by design and we can study and understand more easily the complexity of the problem it solves. Especially when a machine has to interact with a human, this seems to be valuable.

This illustrates that ML and AI are indeed very similar, but not quite the same. The easiest way to think of their relationship is to visualize them as concentric circles with AI first and ML sitting inside (with DL fitting inside both), since ML also requires to write algorithms that cover every eventuality, namely, of the learning process. The crucial point is that they share the idea of using computation as the language for intelligent behaviour. What kind of computation and how to program it? That remains an open question. Computation neither rules out search, logical, probabilistic and constraint programming techniques nor (deep) (un)supervised and reinforcement learning methods, among others, as computational models do contain all of them. Reconsider AlphaGo. AlphaGo and its successor AlphaGo Zero [7] both combine deep learning and tree search - ML and AI. Or consider the "Allen AI Science Challenge" [8]. The task is to comprehend a paragraph that states a science problem at the middle school level and then answer a multiple-choice question. The winning models all employed ML but did not pass yet the test at the level of a competent middle schooler. All winners argued it was clear that applying a deeper, semantic level of reasoning with scientific knowledge to the question and answers, i.e., AI would be the key to achieving true intelligence. That is, we have to cover knowledge, reasoning, and learning, whether just programmed or learning-based programmed.

Moreover, along the lines of Berkeley's Michael Jordan [9], while the building block have begun to emerge, the principles for putting these blocks together have not yet emerged. However, statistical relational learning [10], probabilistic programming [11], and learning-based programming [12] may provide good starting points for developing Systems AI - the computational and mathematical modeling of complex AI systems - and in turn an engineering discpline for AI and ML.

What is an AI professorship about?

The Federal Government of Germany aims to boost the research in the field of Artificial Intelligence (AI). For instance, 100 new professorships are said to be established. However, the white paper of the government does not answer what an AI professorship is at all. In order to give colleagues, politicians, and citizens an idea, we present a view (in German only) that is often followed when appointing professors for AI at German and international universities. We hope that it will help to establish a guideline with internationally accepted measures and thus make the public debate more informed.

Journals. The top journals for core AI research are the AI Journal (AIJ) and the Journal of Artificial Intelligence Research (JAIR). There are also specialized journals that focus on specific areas of AI research. For machine learning, e.g., the top journals are the Journal of Machine Learning Research (JMLR), the IEEE Transactions on Pattern Analysis and Machine Intelligence (TPAMI), the Machine Learning Journal (MLJ), and the Data Mining and Knowledge Discovery Journal (DAMI), among others. All of them have acceptance rates below 30%. 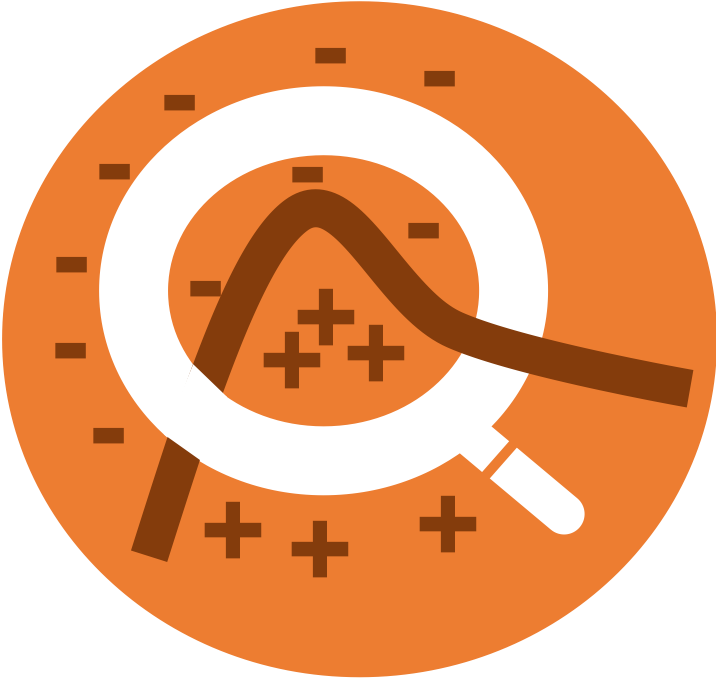 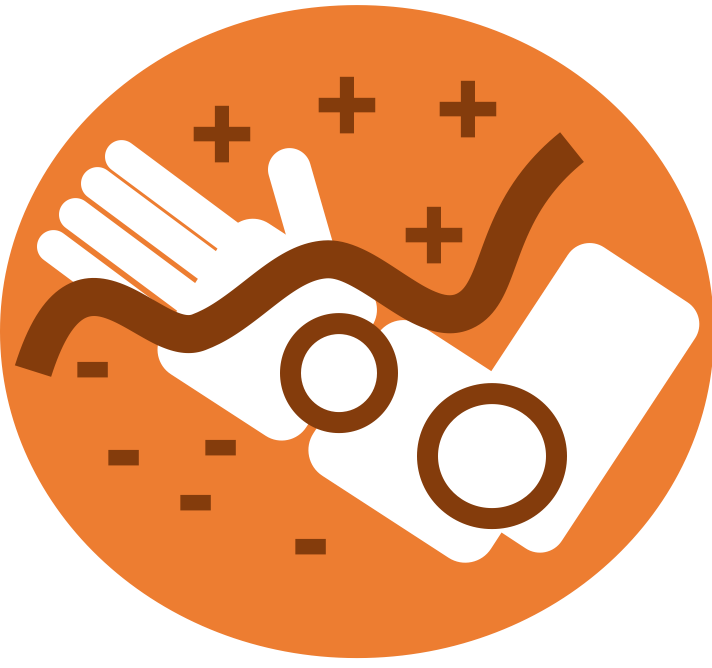 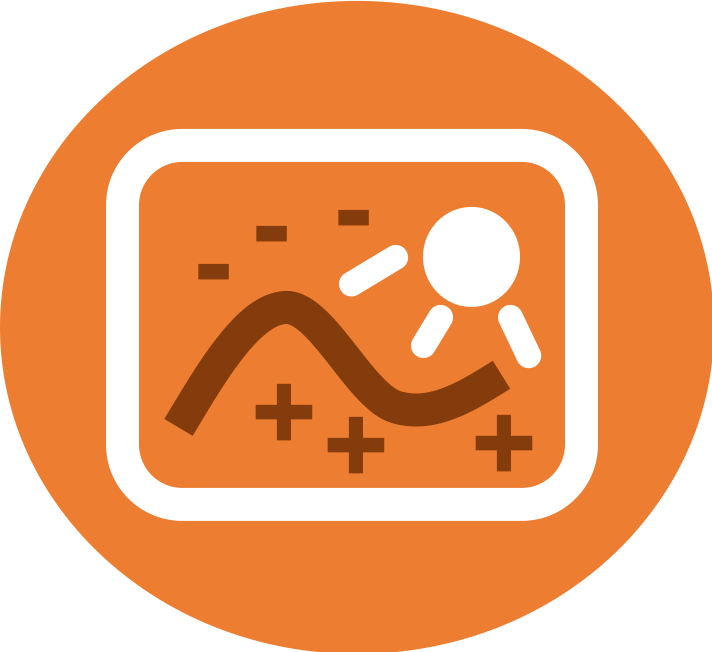 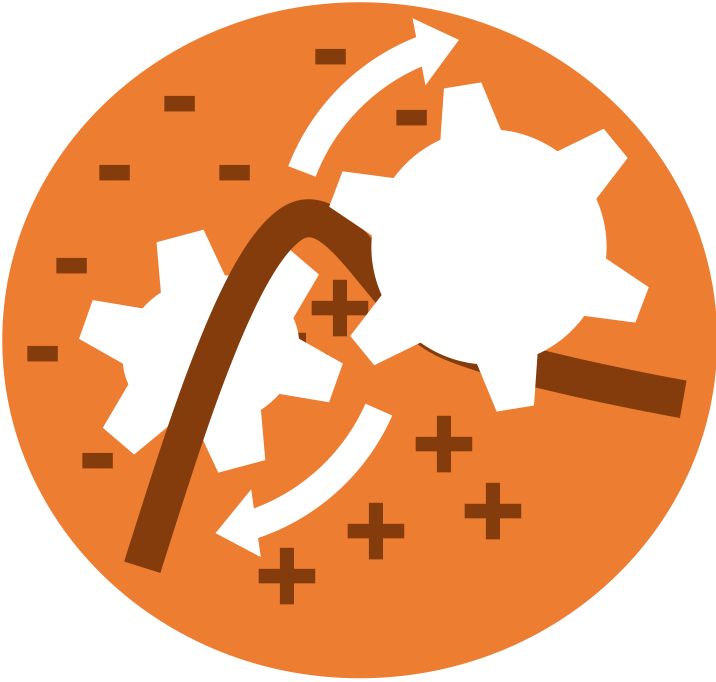 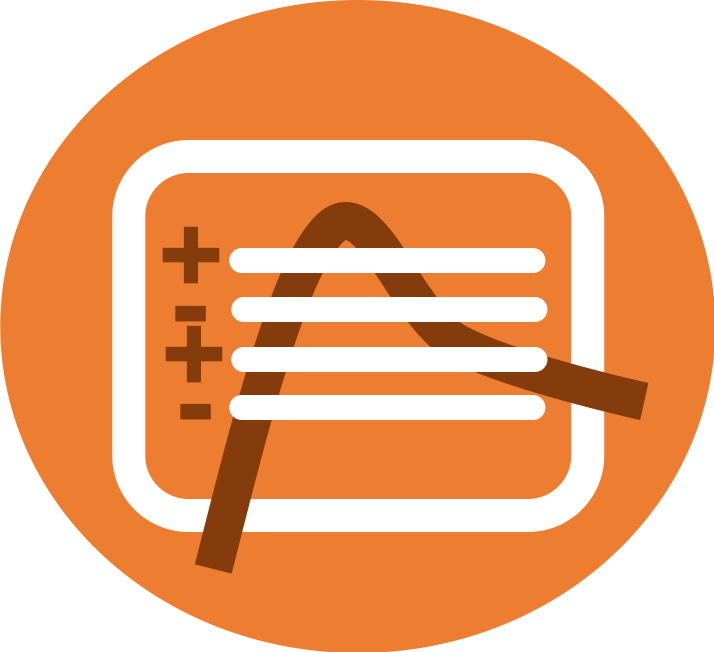 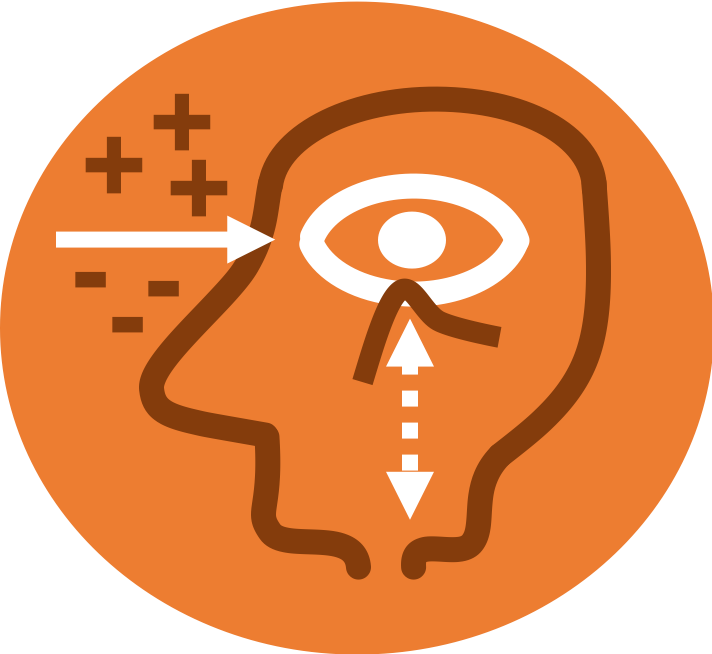 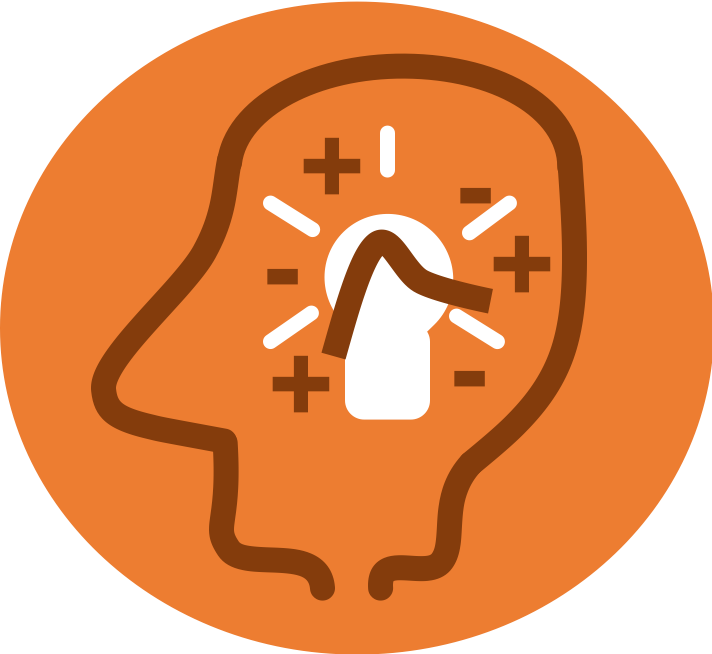 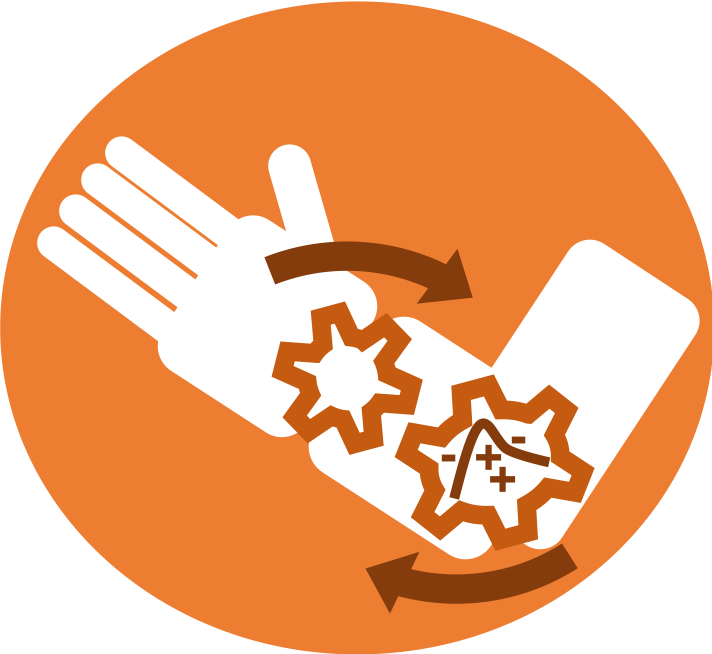 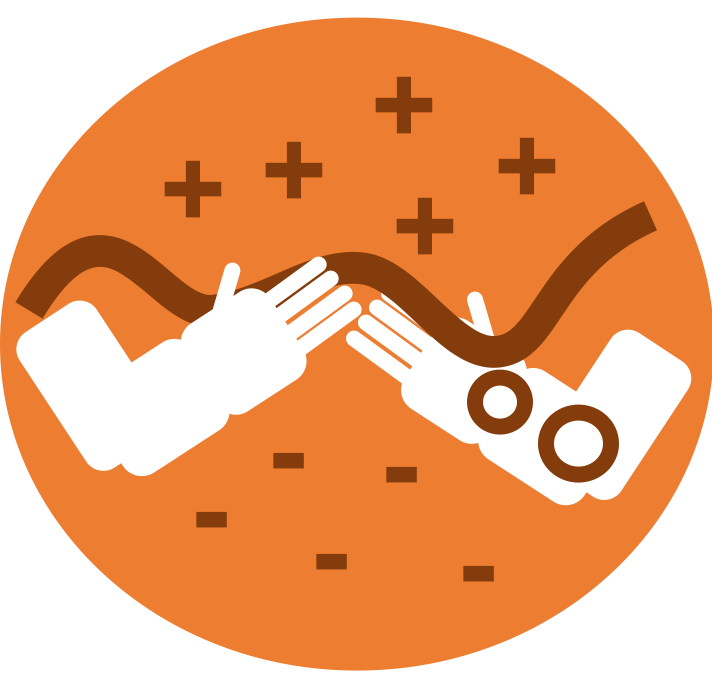 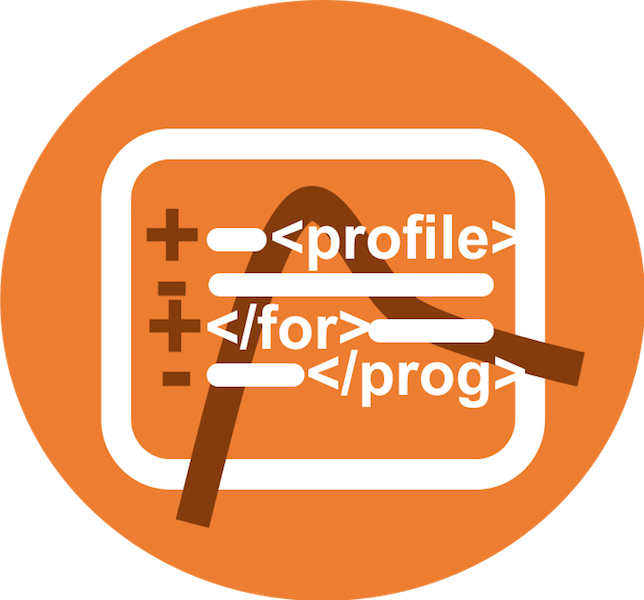 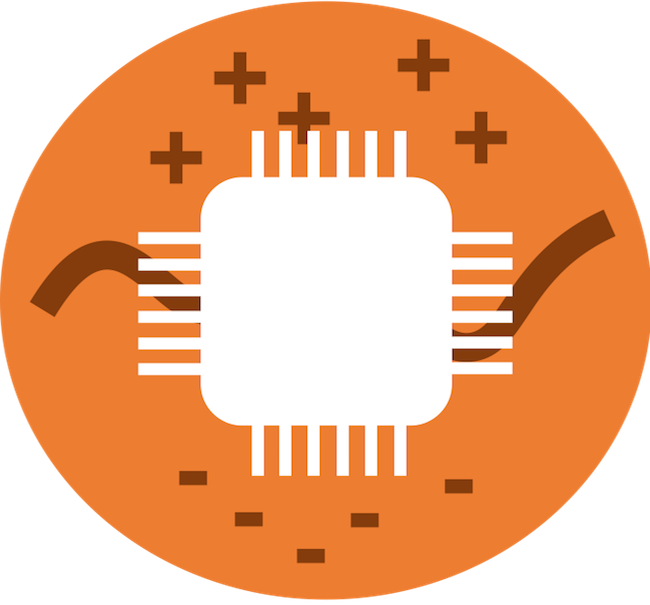 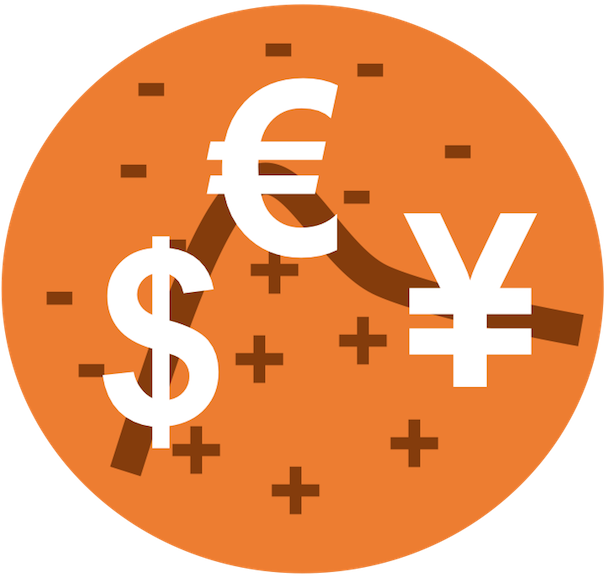 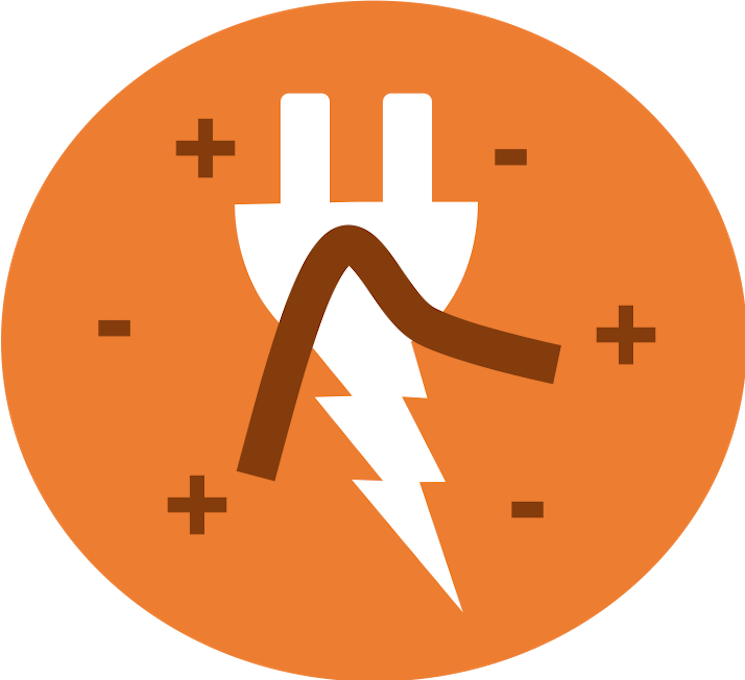 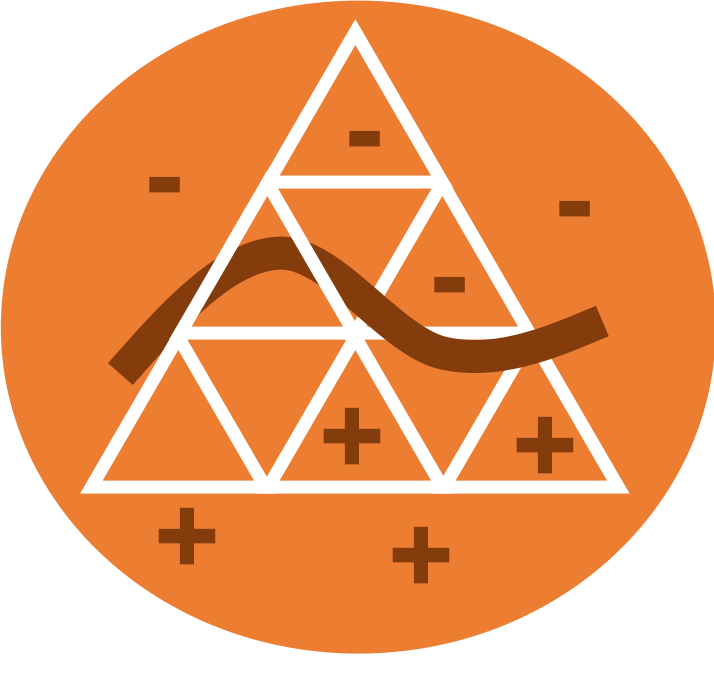 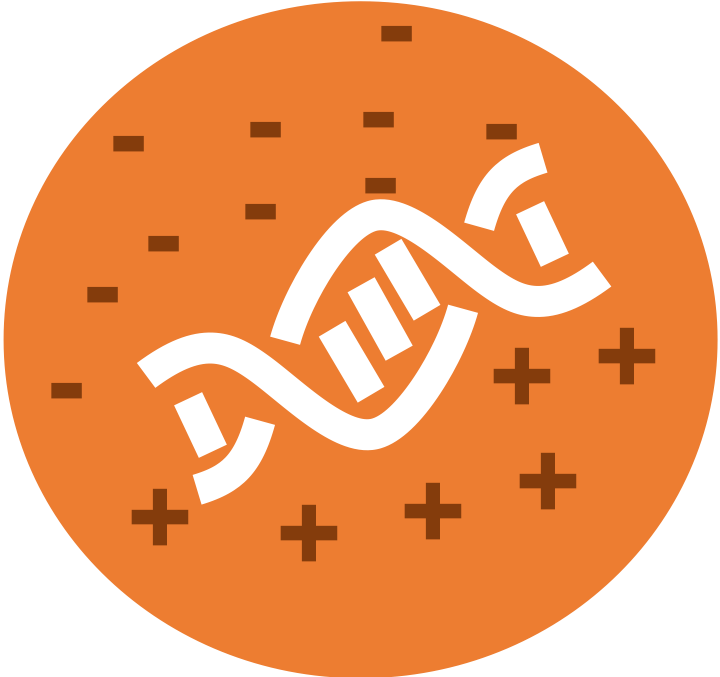 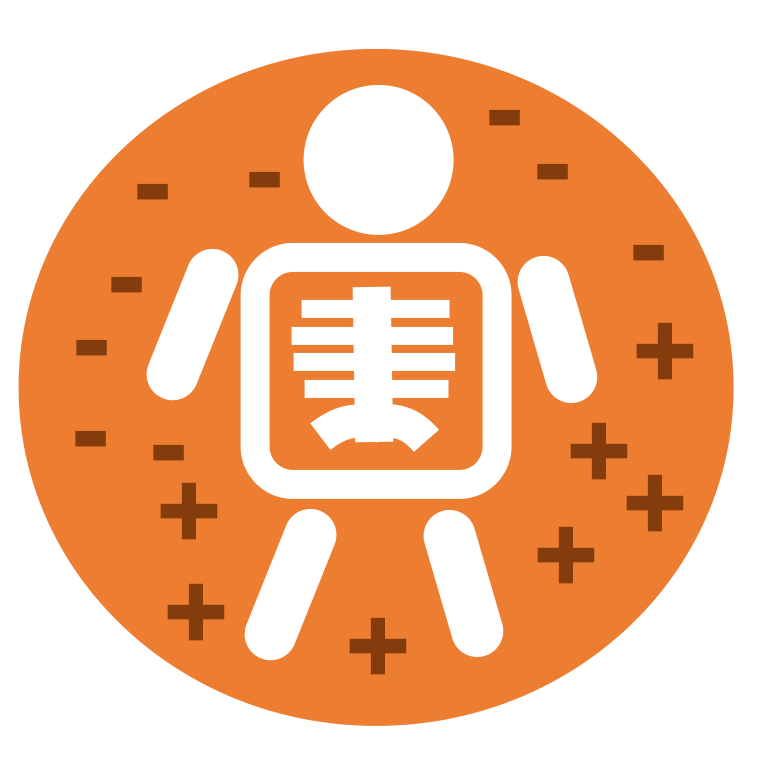